If I held up a white belt in my hand and asked you what colour that this belt was, you’d probably say white.

Then if I held up a black belt in my other hand and asked you what colour it was, you’d probably say black.

Am I right so far?

You would probably be wondering what I was getting at right?

I see the white belt as a potential black belt. Everyone who earns a white belt is capable of earning a black belt some day. As long as they are willing to put in all the hard work and show the integrity and respect one needs in order to achieve a black belt.

I see the black belt as a white belt that never gave up. They persevered through all the training. They made sacrifices. They went through times of being uncomfortable but got through it. They learned and grew. They accomplish something that few actually get to do. They didn’t give up on themselves.

White, Black, or any other colour doesn’t really matter. What matters is the journey and the path you choose and what you learn from it. What experiences did you have. Who are the people that were along side you. 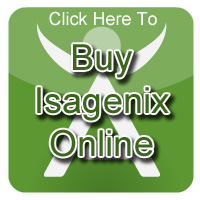